Floss after every meal!

Our NEWEST Buddy Thunderstorm from Team AIM over at NCAirsoft.org was having some feed issues with his BRAND SPANKIN’ new G&G M14.  So, in tearing it down, he found an interesting issue and an INNOVATIVE fix…better explained in these photos he shot:

In poking around, he discovered this small coil spring under the unit’s feed nozzle assembly was pinched between both halves of the Version 7 mechbox, most likely he surmises during its original assembly.

That led to the spring being crimped to the side, and not imparting the proper tension onto the hop-up 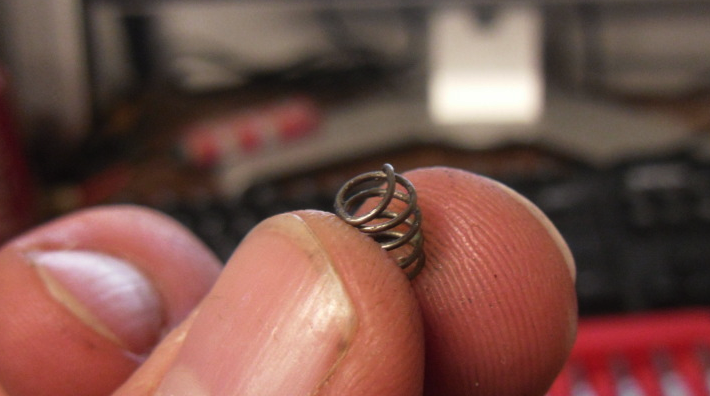 The fix? Get a new spring inside…but the INNOVATION was in how he held the nozzle and spring in place while he put both case halves together…by threading some DENTAL FLOSS through the feed nozzle and around half the gearbox…holding the parts in place until after the screws go back into place..then its SNIP, and the floss comes out in one piece. Brilliant!

That’s one very SANO fix that could be used in several other split-box configurations, too….and, as T-Storm says, it leads to some “extra minty headshots!”

Great work and many thanks to Thunderstorm for allowing Thumpy’s 3-D to share with the Airsoft World!